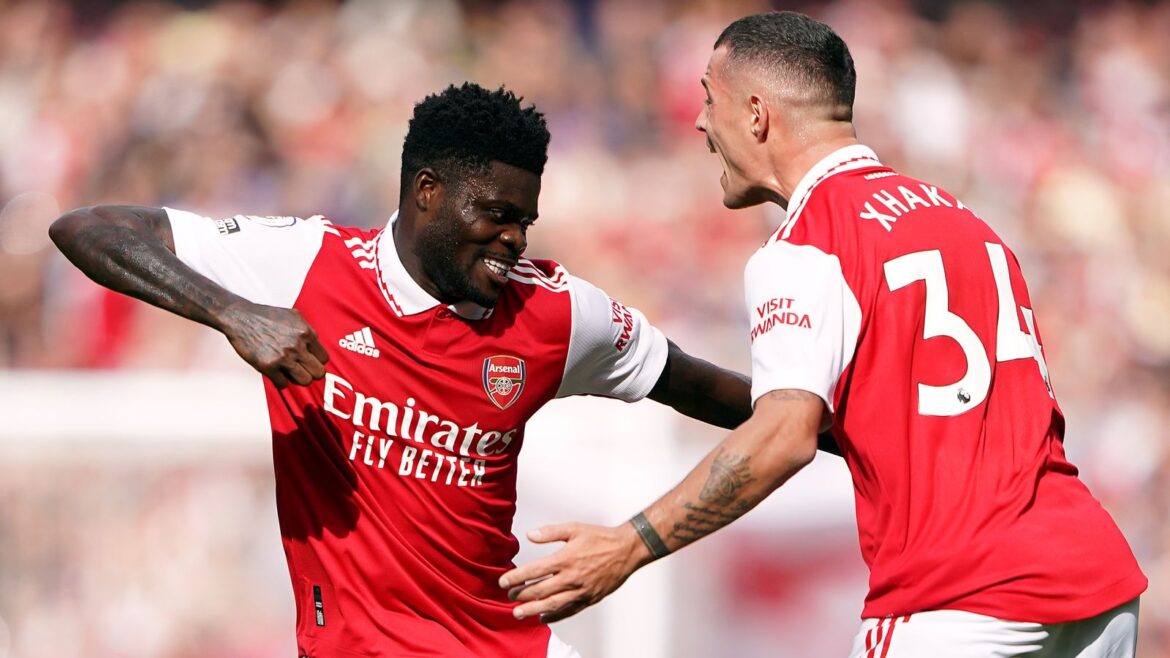 Our writers reflect on Saturday’s action as Premier League frontrunners Arsenal prove their mettle in the north London derby; plus: Are Liverpool out of the title race already?

Mikel Arteta was eager to downplay expectations after Arsenal’s north London derby win over Tottenham. “We have done nothing yet,” he said in his post-match press conference.

But the jubilant Arsenal supporters who filed out of the Emirates Stadium, singing as they went, following a resounding victory which took them four points clear of second-placed Manchester City, are unlikely to listen. Their team look like contenders.
Why shouldn’t they dream? Arsenal have taken 21 points from a possible 24 so far this season and their latest victory, achieved in a raucous atmosphere at the Emirates Stadium, showed for the first time that they can do it against big-six opposition.’
Their transformation is above all down to personnel. Rob Holding, Cedric Soares and Mohamed Elneny, all of whom started the costly 3-0 loss to Spurs in May, are gone from the team. In, instead, are William Saliba, Oleksandr Zinchenko and Gabriel Jesus.
The changes represent a huge injection of quality. Arteta said Jesus has taken his side to a “different level” in his post-match television interview but the same can be said of Saliba too. The Frenchman was once again imperious in the heart of Arsenal’s defence.
With Thomas Partey also excelling in midfield, freeing up the reinvented Granit Xhaka to play further forward, Arsenal suddenly have a formidable spine and tools which allow them to aim higher.
Source:Premier League hits and misses: Arsenal look like real deal as they go four points clear while Liverpool continue to falter | Football News | Sky Sports
You Might Also Like
Share FacebookTwitterWhatsappEmail
previous post