This year's theme is Promoting Development through Culture 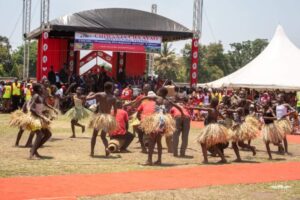 Traditional dances will spice up the event

His Excellency the President of the Republic of Malawi, Dr. Lazarus McCarthy Chakwera, is today presiding over the Chiwanja cha Ayao Annual Cultural Festival at Mangochi Stadium, Senior Chief Mponda in Mangochi. Here is a pictorial of His Excellency’s arrival, and part of the proceedings. 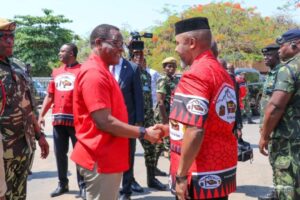 On his way to Mangochi Stadium, President Chakwera visited Chigawe point, where he was briefed on historical significance of the place on Yao people and their contribution to Malawi.

Chakwera has been preaching of unity among different tribes and a need to value cultures
that promote unity, human rights, and national development. The President has in the recent past attended Kulamba cultural festival of the Chewa at Mkaika in Zambia,
Umthetho cultural event of the Ngoni Jere in Mzimba, and the Umhlangano wa Maseko Ngoni in Ntcheu. 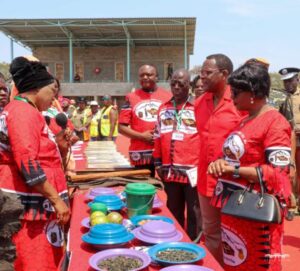 The 2022 Chiwanja Cha Ayao Cultural Festival is being celebrated under the theme ‘Promoting development through Culture.