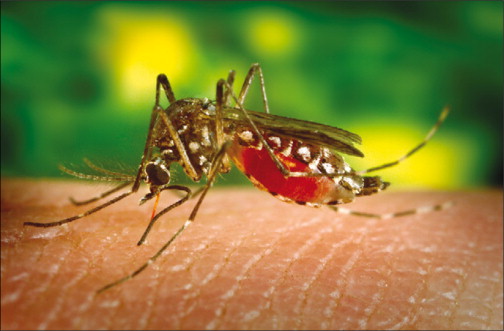 A mosquito species known as Annopheles stephensi, which is historically considered to be an Asian and Arabian Peninsula malaria vector, has spread to at least five African countries in the past decade, according to the World Health Organisation (WHO).

And, “with more than 40% of the population in Africa living in urban environments, the invasion and spread of Anopheles stephensi could pose a significant threat to the control and elimination of malaria in the region”, the organisation said in a recent statement.

The first African country where the mosquito was detected was Djibouti in 2012. It then spread to Sudan and Ethiopia in 2016, to Somalia in 2019 and to Nigeria in 2020.

In 2019, the WHO came up with a “vector alert” dossier that highlighted that the species, if allowed to spread, could lead to a continental epidemic.

Dr Jan Kolaczinski, who leads the Vector Control and Insecticide Resistance Unit within the WHO’s Global Malaria Programme, said there were fears that it could have spread to more African countries.

He said in a statement:

It is important to underscore that we still don’t know how far the mosquito species has already spread and how much of a problem it is or could be.

The organisation is also “still learning about the presence of Anopheles stephensi and its role in malaria transmission in Africa”, he added.

The best way around it is a new initiative that, according to the WHO, will be integrated into its global vector control response for 2017 – 2030.

The key areas it is looking into are increasing collaboration among African member states, strengthening surveillance; research; and developing a guidance plan.

Africa is home to 95% of the world’s malaria cases and 96% of malaria-related deaths.

Children under the age of five account for about 80% of the malaria deaths in the region, according to United Nations data.